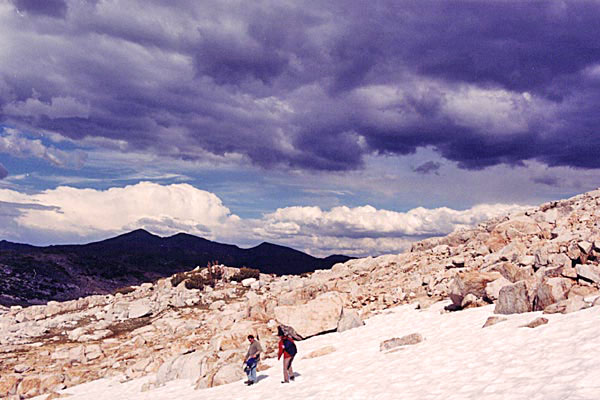 The clouds are getting darker and we hurry down as fast as our tired bodies will allow. While not on the peak, we still would rather not be on the exposed granite should a thunderstorm begin. We made it back to the car pretty much in one piece, although I did slip on a rock as we were coming down from Alpine Lake. Thankfully the storm didn’t hit until later that evening, after we had finished dinner.

Did we learn anything from this adventure? We underestimated the effort it would take to get there and we knew better to pass up a reliable source of water, yet we did. Despite our mistakes, we had enough sense to turn back when we didn’t feel comfortable with our abilities and physical condition. The mountain will be there next time. Richard and I are already planning a second attempt. Until next time.